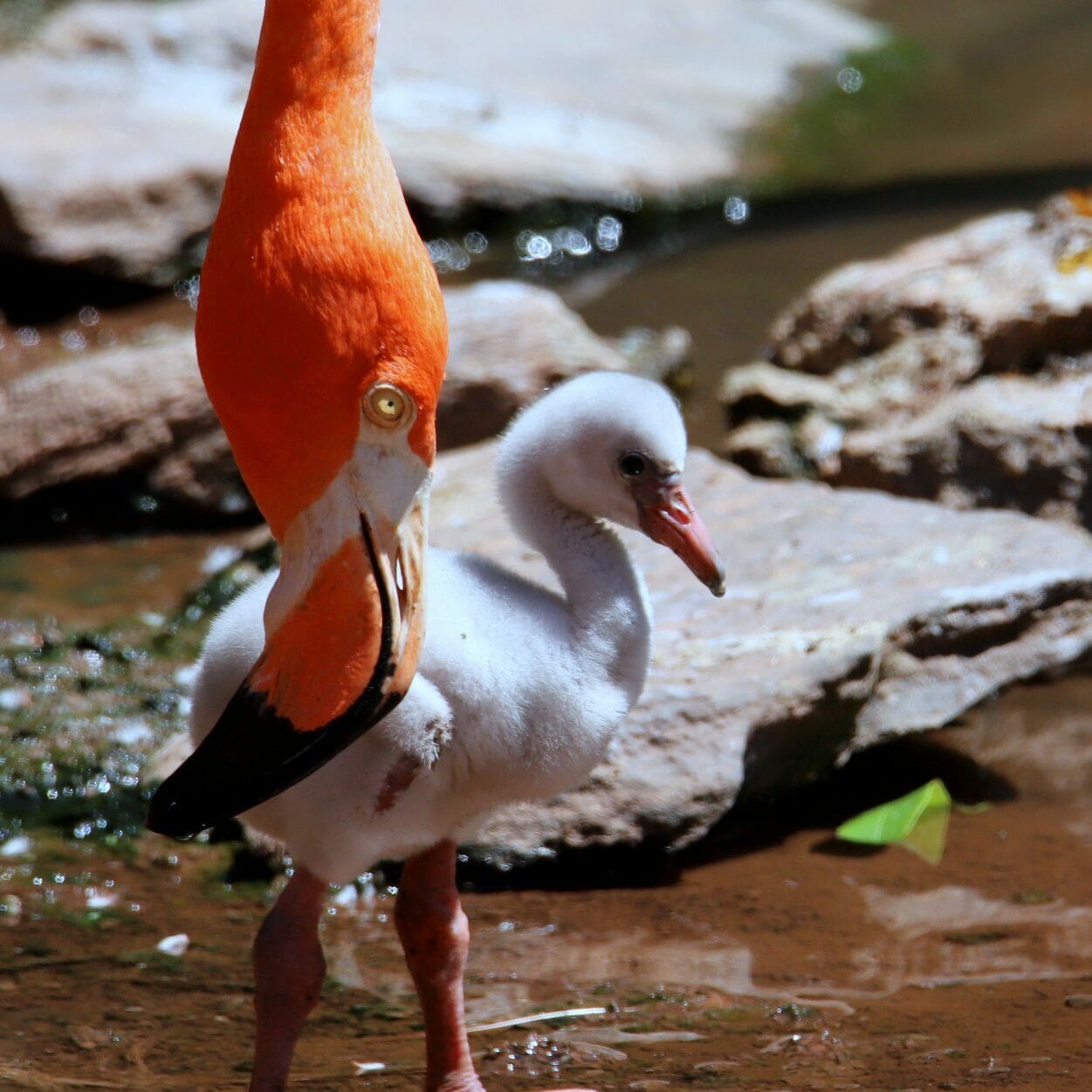 (Philadelphia, PA) August 4, 2020— Philadelphia Zoo is pleased to welcome an adorable new member to its ever-growing family: a flamingo chick, hatched on July 12—is the first of this species to hatch at the Zoo in more than 20 years!  To avoid disturbing the new flamingo family and the rest of the flock during this sensitive stage in development, Zoo staff has not yet handled the chick so its height, weight and its sex is not yet confirmed.  To see this adorable little one, tune in to the Zoo’s Facebook Live program, PhillyZoo@2 on Wednesday, August 5th at 2pm to see babies first day out!

“We are so pleased to welcome this new flamingo chick to our growing flock. After several years of preparing the flock and their enclosure for successful nesting, we are all very happy to watch the chick’s development under the care of its doting parents.” says Ian Gereg, the Zoo’s Vice President for Animal Well-Being.

In celebration of the birth, the Zoo is enlisting the help of the public to name its new arrival. Selecting from a list developed by zookeepers, voters can vote as many times as they wish on their favorite name. Beginning today through Sunday, August 9th at 5:00 pm voters should visit HERE.

Flamingos are native to the Caribbean and Central and South America, so Zoo staff chose the following names from words from the Spanish language:

With strong familial bonds, flamingo pairs share parenting duties including incubating their eggs, (which lasts about 27-30 days), and feeding their offspring. Females lay an egg atop a mud mound, built by both parents, and together the pair protect the nest and their eggs until hatching. After a chick hatches both parents will feed it with “flamingo milk” which is produced in the upper digestive tract and dripped into the mouth of the chick. Red in color, this “milk” is the bird’s primary food source in its first few months after hatch. As the chick grows, it becomes more independent, venturing further from its parents. To stay connected, the family will use frequent familiar vocalizations, which they recognize as each other’s distinct calls.

Throughout its first year, the chick will change a great deal. Starting out at just 6-inches-tall, it will eventually grow to 5-feet-tall and transition from a gray fluffy down to a grayish-pink plumage, eventually turning to a vibrant pink – the result of carotenoids in bird’s food supply.

As America’s First Zoo, Philadelphia Zoo has always been a leader in animal care. It was this excellence that led to the discovery of the correlation between flamingo diets, carotenoids (yellow, orange, and red organic pigments that are produced by plants and algae) and coloration. In the 1940’s, the Zoo developed a new diet for the flamingos that included ground carrots for the first time. A change in feather color and skin pigmentation was soon noticed, and by the mid-1950’s Philadelphia Zoo’s flamingo diet breakthrough was shared with zoos around the world.

Native to the Caribbean and Central and South America, Caribbean flamingos, sometimes called American flamingos, are considered ‘Least Concern’ by the International Union for the Conservation of Nature (IUCN).  Wild flamingo populations have significantly rebounded following conservation efforts implemented in the 1990s to protect birds and their sensitive nesting sites. 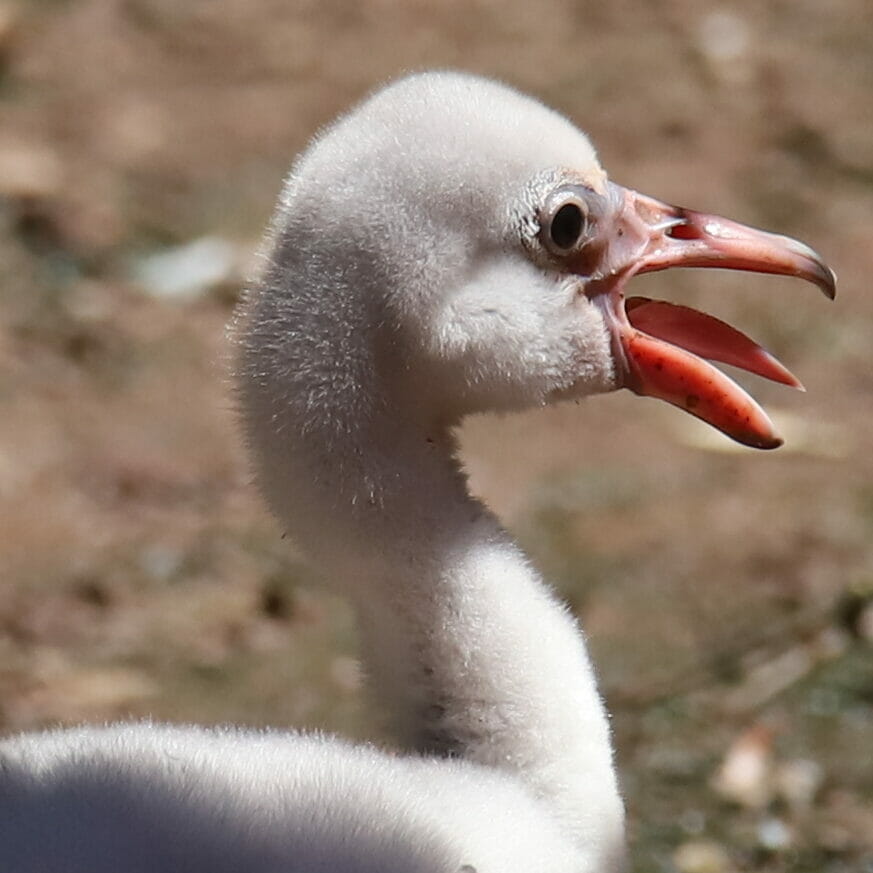 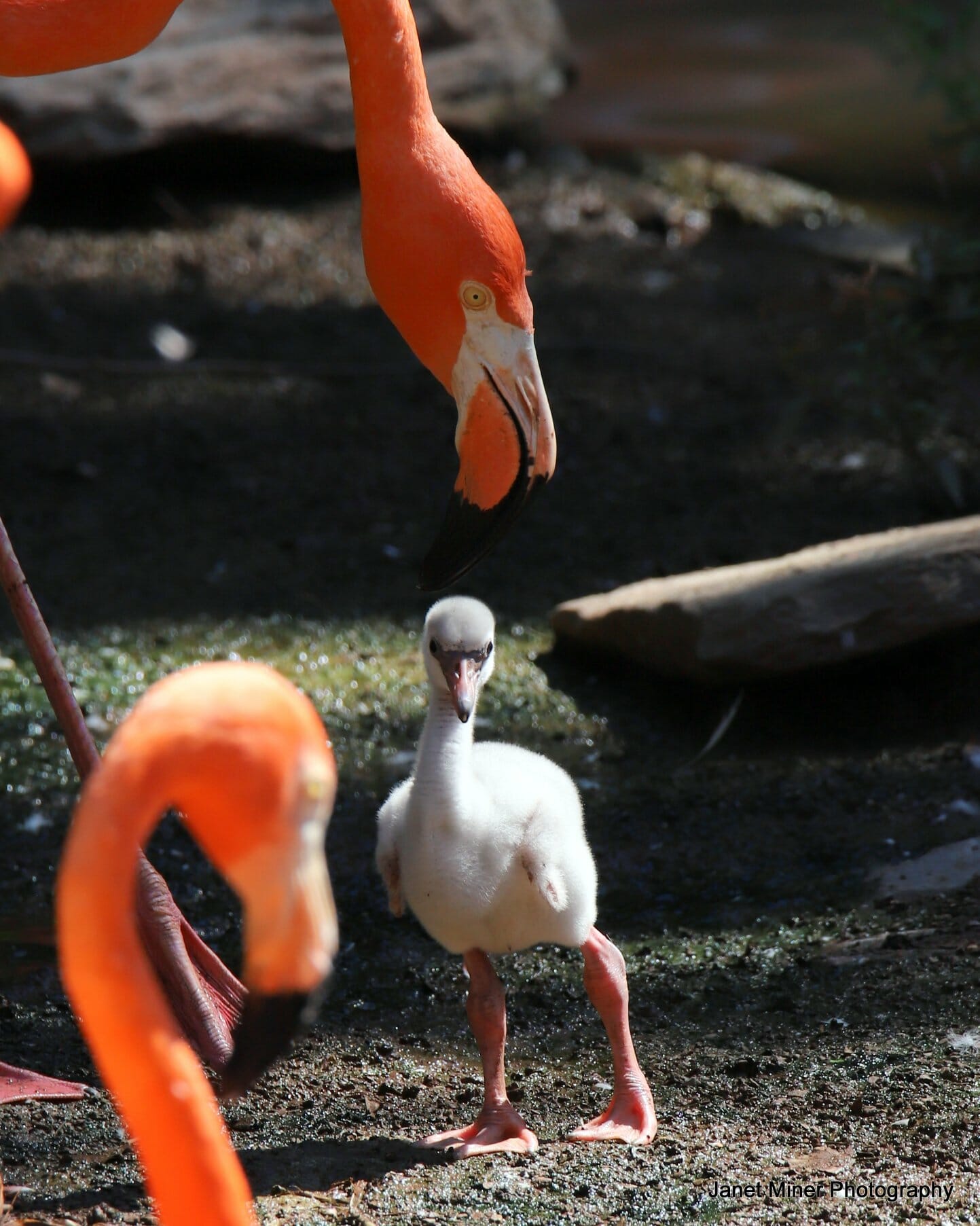 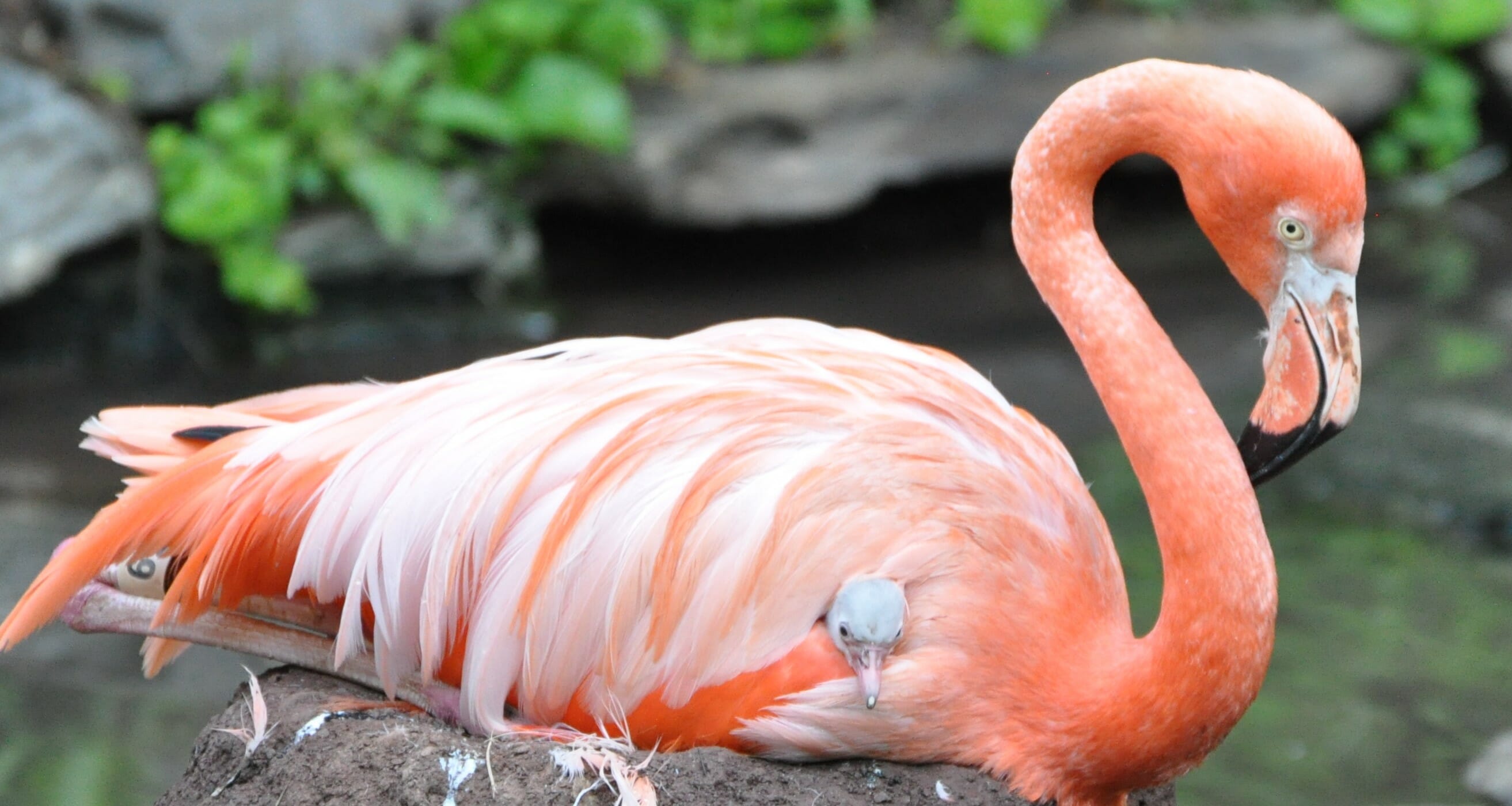