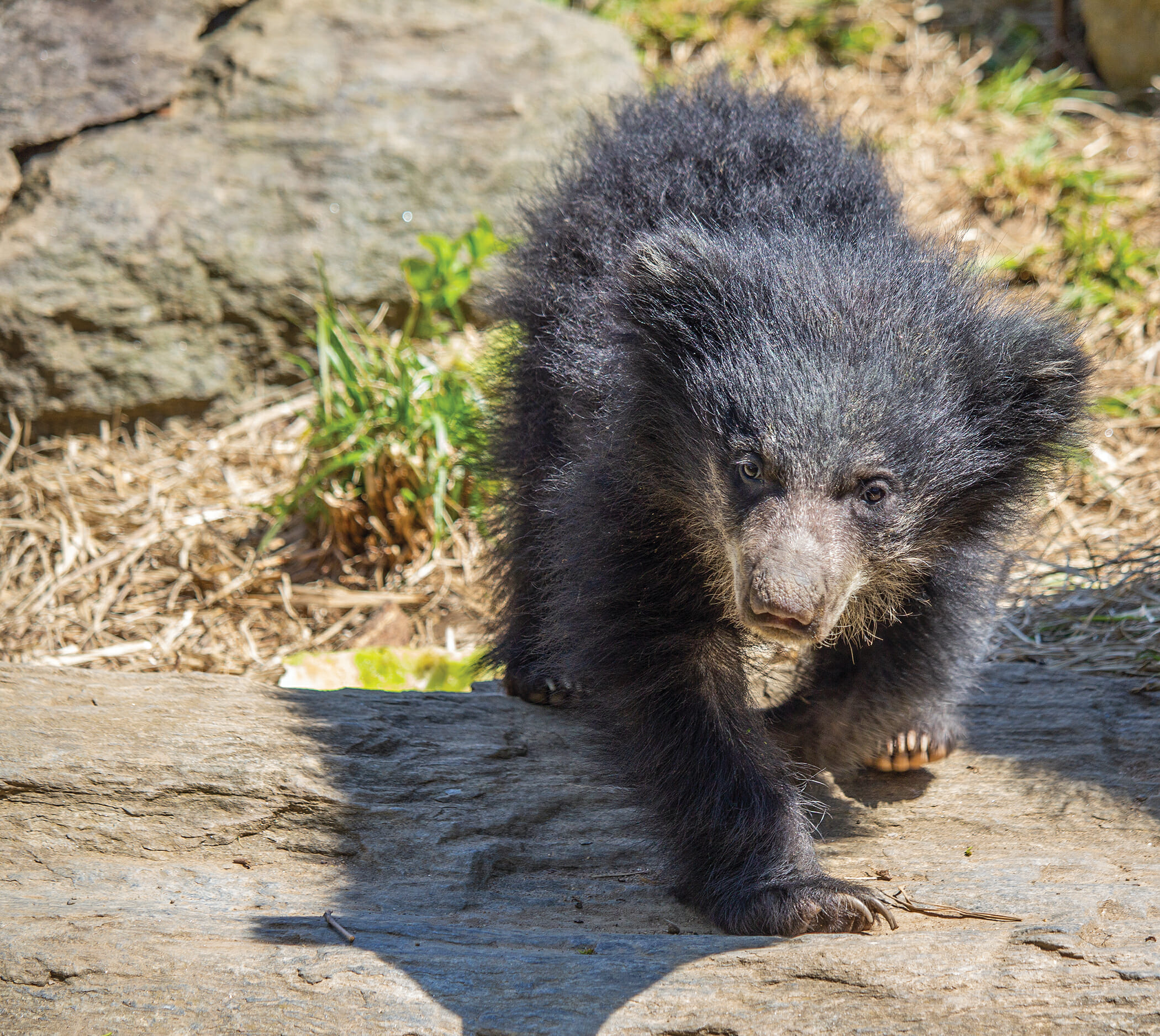 (Philadelphia, PA) April 16, 2020 – Philadelphia Zoo announced today it is enlisting the help of the public to choose a name for its new sloth bear cub. Selecting from a list of names developed by the cub’s keepers, voters can pick their favorite name for the infant.  Born on December 11th, the cub is doing well, growing rapidly, and has become quite adventurous since its outdoor debut in March, shared via Philly Zoo at 2- the Zoo’s new Facebook series. Voting begins on Thursday, April 16th at 3:00pm and will go through Thursday, April 23rd at 11:59pm.  Supporters can vote as many times as they wish, at www.PhiladelphiaZoo.org/vote.

Determining the sex of an infant sloth bear cub isn’t as easy as it sounds. Typically, keepers take a hands-off approach, leaving mom to care for the baby, unless there is a situation that warrants interference. This combined with current social distancing between staff and carnivores including bears has prevented keepers in confirming the sex of the cub. Best guess is that the cub is a “he”, but keepers are not committing yet!

“There has been an overwhelming amount of enthusiasm around the birth of this cub, inside and outside the Zoo,” say Dr. Andy Baker, Philadelphia Zoo’s Chief Operating Officer. “Because of the excitement and support, we are asking our community to participate in helping choose a name. This birth is significant for the Zoo as well as the overall sloth bear population in the U.S., and highlights the wonderful animal care and other work happening at Philadelphia Zoo each and every day,” says Baker.

When creating the list of names keepers had a lot to consider including choosing names that are not gender-specific, are meaningful and fitting for the cub.  With sloth bears being native to the lowland forests of India, and Sri Lanka, the names chosen are from the Hindi language.

Voters can choose from the names with meanings below:

Sloth bears are listed as Vulnerable by the International Union for Conservation of Nature (IUCN), with populations declining dramatically in recent decades due to habitat loss, human-wildlife conflict and poaching. Philadelphia Zoo is home to three sloth bears in addition to the cub: 6-year-old dad Bhalu, 7-year-old mom Kayla and 13- year-old Balawat.